He’s coming along! What a feisty, but basically good, little guy! Thank you to The Drafty Barn for continuing to care for and socialize him!

Our Max is the last of the Hamilton kittens (fostered for Palo Alto Humane Society), and a total hard case. He was half the size of his siblings when he was finally trapped, and although he’s always going to be small, he likes to pretend that he has a ferocious personality!

He was transferred to our adoption specialist for a couple of months, and as his siblings were adopted without him (mainly because his default behavior is a) growling; and b) snarling) he was returned to us for more socialization.

Max is really coming along socially, but he still forgets occasionally that I’m one of the good guys and lets out a bone-chilling growl.

Still – as the days and weeks pass, he’s more and more open to meeting and making friends with the other cats instead of growling and striking at them.

His official territory is a crate right next to my desk, and although the door is open and he’s free to come and go, he doesn’t get out and about much.

I think he’s still missing his sister (Bella), but she had a chance for wonderful home and we didn’t want to deprive her of that. I’m hoping that the right companion will restore the playfulness that I know is there.

He’s such a sweetie! If we could get past this pandemic and I could arrange for him to be exposed to multiple humans, he’s going to be the best companion ever! 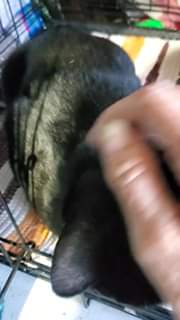 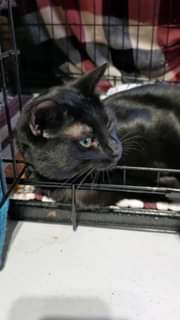 Did you know?Guinea pigs have difficulty judging heights, so never leave a pet guinea pig alone in a high place such as on a table. Guinea pigs live about 5-8 years.