Rabbits are active, affectionate, playful, and social pets. They have the potential to be wonderful pets if you know what to expect and take the time to socialize them and learn about them. However, rabbits require a lot more care than people typically expect, so it’s important to be prepared before bringing home a new bunny.

My first experience of having a house rabbit was a choice. I made the decision to buy one from a small bunch of baby rabbits at a feed store in Oregon.

I remember thinking because he was a baby rabbit, I would keep him in the house. But, other than knowing that as a baby he should be kept in the house, I didn’t know much about rabbits. I grew up in Palo Alto, and like many people in my generation, when I was younger, my family kept a rabbit in a large hutch outdoors. We named the large white rabbit “Christopher.” Christopher received attention only when we fed him (or her—we didn’t know the gender). Eventually, Christopher made his way out of the hutch and lived freely in our back yard, which was large and fully fenced.

The little rabbit I chose at the feed store was a small brown rabbit we named Houdini, but his nickname was “Bunny.”  And that little rabbit changed my life. 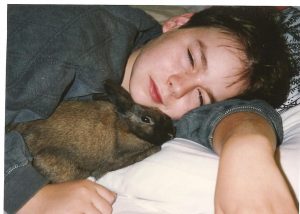 I fell in love. While having a rabbit in the house, I discovered that he played, ran and jumped for fun, reacted to our voices, sat up for treats, and more. He had a sweet, curious personality. I did keep him in a cage, but I let him out every evening for several hours to explore. A few years later, he started to have some health issues. I read everything I could find concerning rabbit health care. I learned I hadn’t fed him properly; I had fed him pieces of dried plain toast, and only pellets and not free-choice hay. I changed his diet. I bought timothy hay. I found a rabbit-knowledgeable veterinarian. In the meantime, I discovered an organization dedicated to rabbit welfare, House Rabbit Society. I learned that most animal shelters had rabbits waiting for adoption, and many had a designated “rabbit room.”  And that rabbits should be spayed and neutered, just like cats and dogs.

Because of that one little rabbit, I eventually became a House Rabbit licensed Educator. I conducted adoptions, organized rescues and transport, and educated audiences of people interested in learning about rabbits, and these efforts often resulted in successful adoptions.

Maybe you are thinking about a rabbit. You’re curious—you’ve had a cat and/or a dog, but a rabbit? How would that work out in your household? I invite you to dig deeper . . . rabbits are charming, interactive beings who will enhance your life. I encourage you to read all you can about domestic rabbit welfare, including rescue and adoption. Maybe your life will change, too. 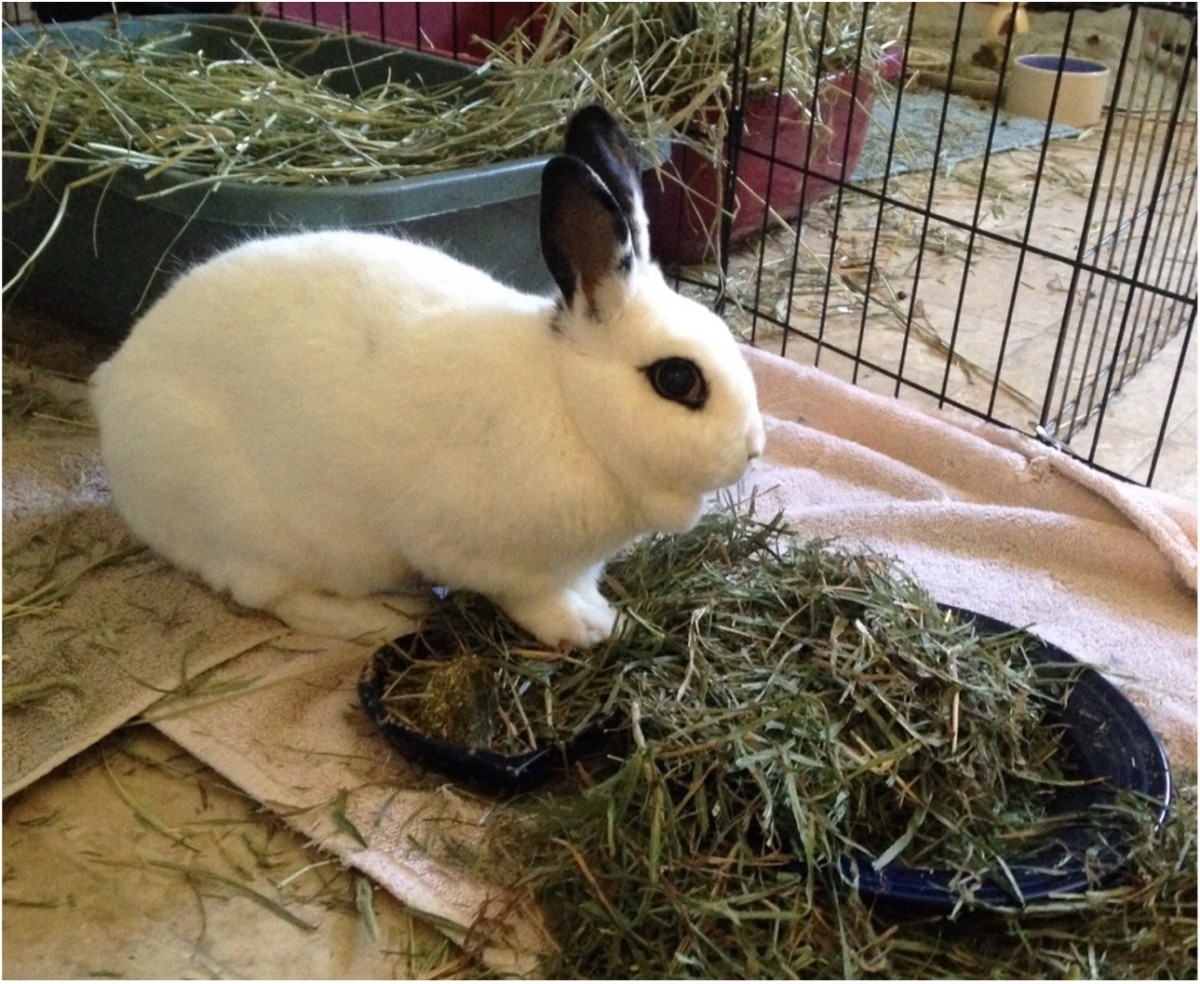 So you’re thinking about getting a rabbit. Did you know rabbits can live up to 10 years or longer? They need to live indoors as part of your family, be fed appropriate foods (more later on that), and have a rabbit knowledgeable veterinarian.

Rabbits need to spayed and neutered, just like cats and dogs. Even if you have just one rabbit, it’s still very important to spay or neuter, because your rabbit will benefit from avoiding health issues that could arise in unsterilized rabbits and their litter box habits will improve. Yes, rabbits use litter boxes! I use a paper-based litter in a large litter box, and I always add a handful of hay to one end of the box. Rabbits love to sit in their boxes and munch on hay.

Since I mentioned hay, please take note that hay is the most important part of your rabbit’s diet. Feed unlimited, free-choice Timothy hay, easily available at any pet supply store or online. Rabbits need the high fiber of long-stemmed hay to keep their digestive system functioning smoothly, and the constant chewing helps their teeth from overgrowth as well as relieving boredom. 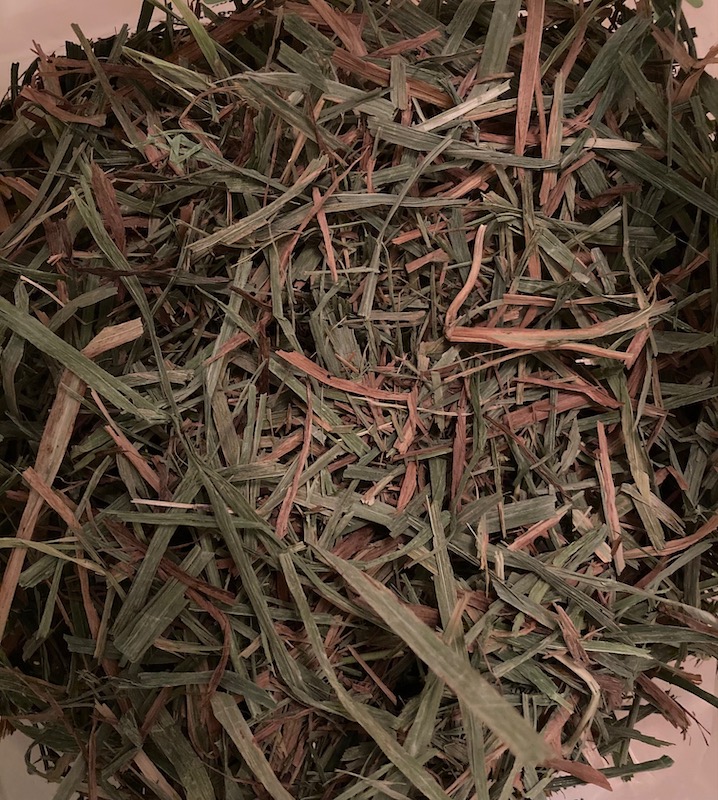 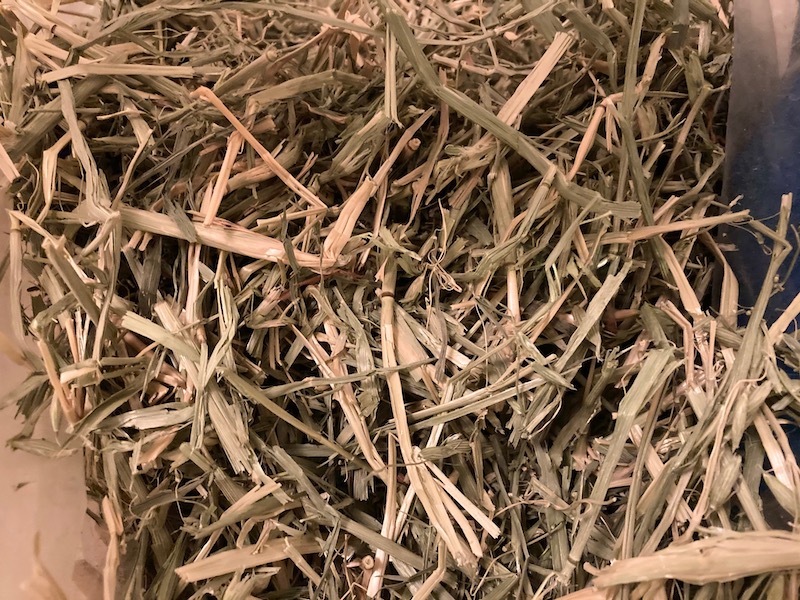 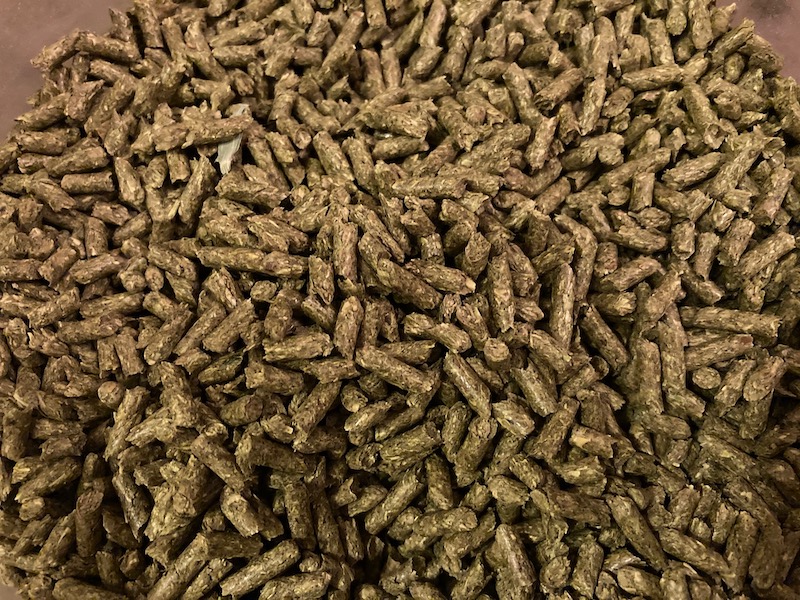 Oat hay, orchard grass hay, and other grass hays are all good. Alfalfa hay is rich in calcium and should be fed only to rabbits under one year of age, or as your veterinarian recommends.

Timothy-based pellets may be fed in limited amounts; alfalfa-based pellets are appropriate for rabbits under one year of age. Do not feed pellets that include a mix of any kinds of nuts, corn, seeds, yogurt-coated “treats,” or any commercial treat that contains these ingredients.

Only feed hay, plain pellets, fresh vegetables, and a very small portion of fruit (or not at all, as fruits are very high in sugar) as a treat only. 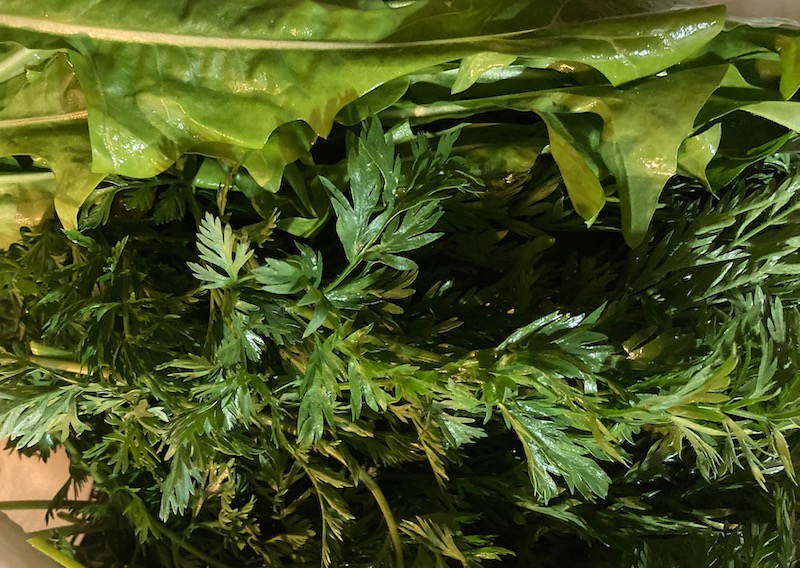 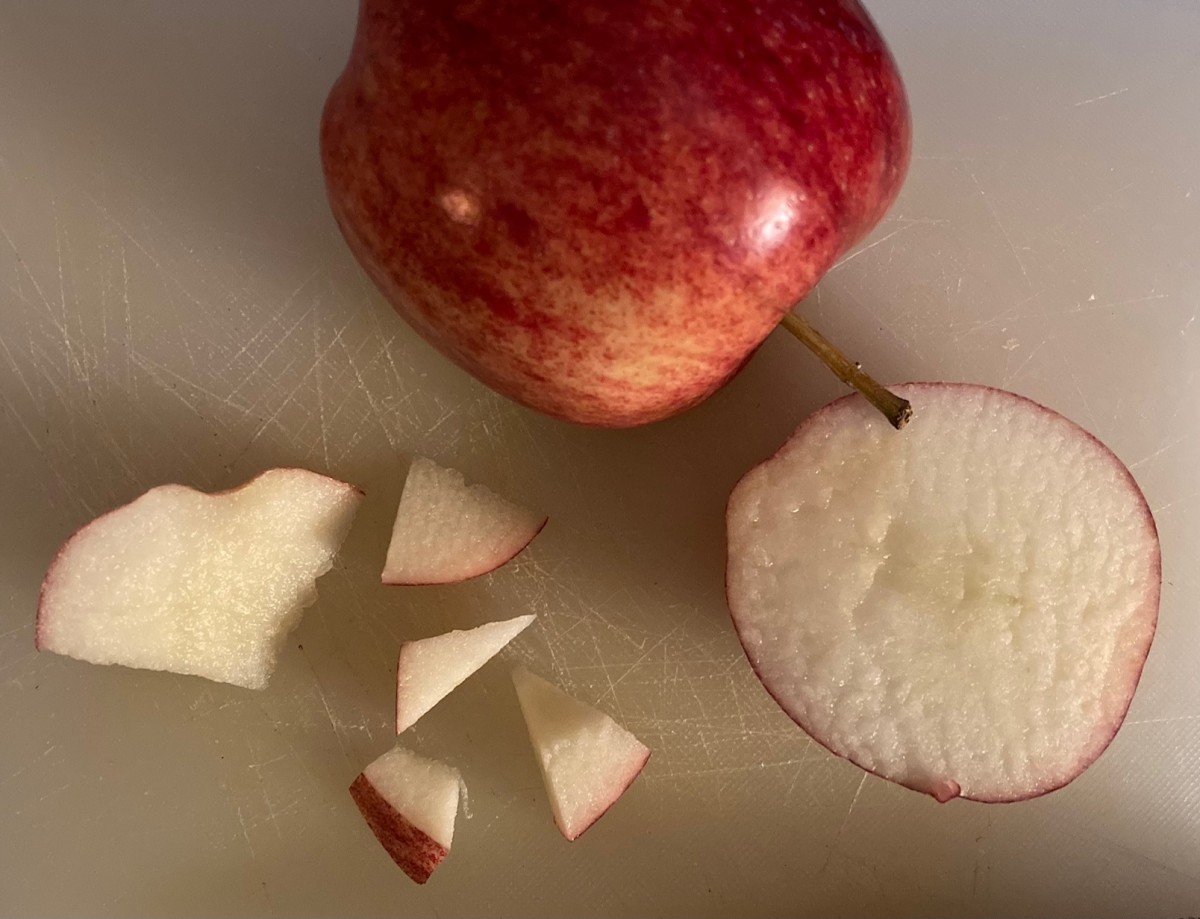 Do not change your rabbit’s diet or suddenly add new foods. Always transition any change in diet slowly over several days and/or consult your veterinarian before making any changes.

Here is a list of suggested vegetables and fruits:

In my upcoming articles I’ll talk more about spay and neuter, litter boxes, and lots more! 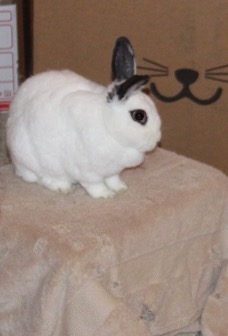 Pippin sitting safely on a towel-covered sturdy box, from which she can easily jump down

Keeping Your Rabbits (and Other Pets) Safe from Common Household Items
March 20–26, 2021

This week is National Poison Prevention Week, so make sure chocolate, flowers, fertilizers, and pest control products are inaccessible to your rabbit (and all your pets). Check your houseplants and confirm that none are poisonous (see the link below). Make sure heavy potted plants can’t tip over if your rabbit investigates.

Keeping your rabbit indoors means that not only do you have more time to spend with him or her, but also that you need to “bunny-proof” any areas where your rabbit can roam freely.

Rabbits are inquisitive and will explore under furniture, jump up on the couch, run under your bed, and more. Block off any areas that you don’t want your rabbit to get into, both for his or her safety and your own peace of mind. All electrical cords must be either made inaccessible to the rabbit and/or securely covered to protect your rabbit from chewing on them.

Make sure nothing heavy is leaning on a wall or propped up against furniture that could possible tip over or fall and injure your rabbit. Be careful when opening and closing doors—your rabbit might be right there. If your rabbit likes to climb, make sure he or she can get down safely without going too high and/or accidentally falling.

Look around your living space and create a safe area so your rabbit can play, run, take a nap, or simply hang out with you! 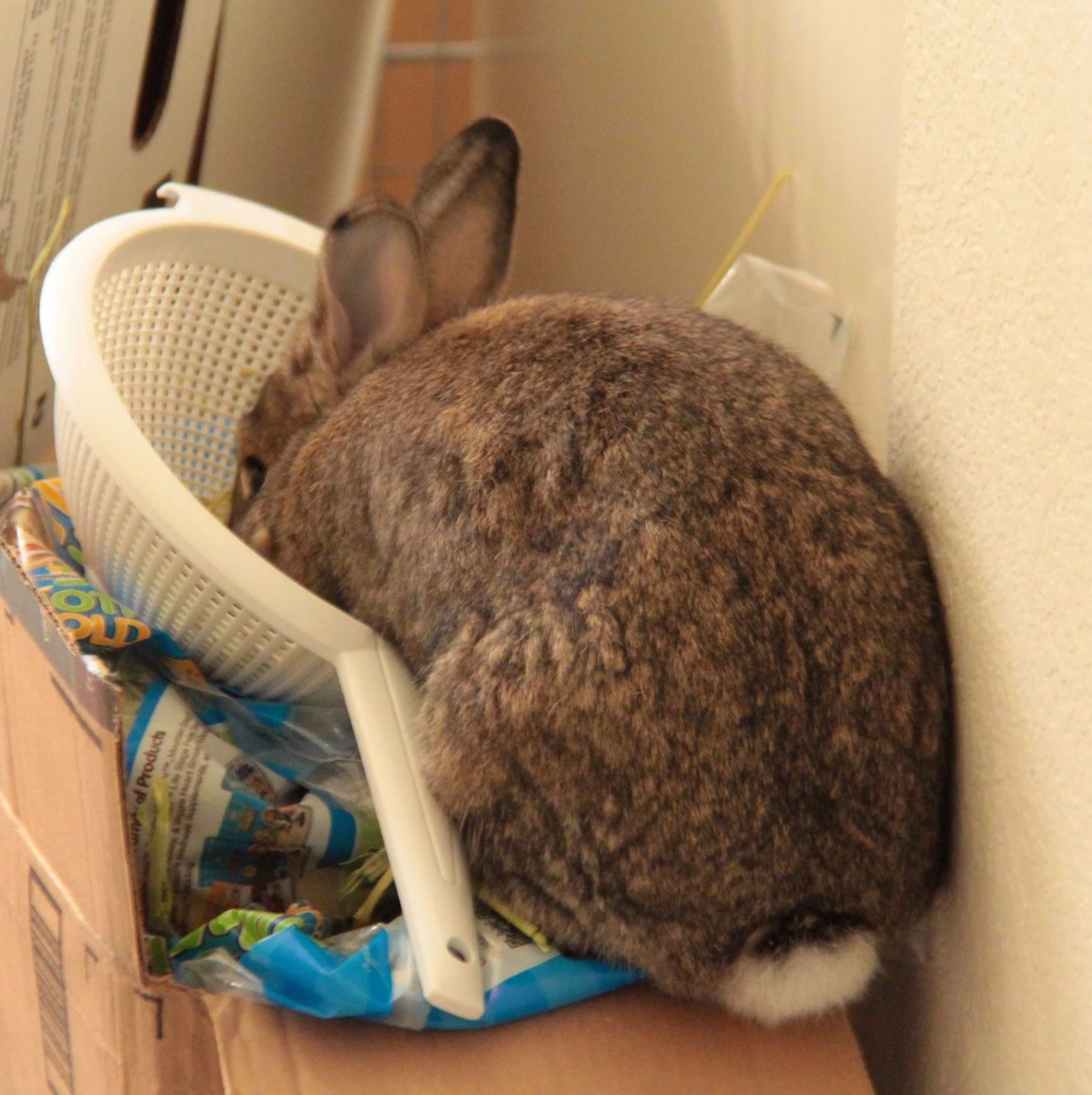 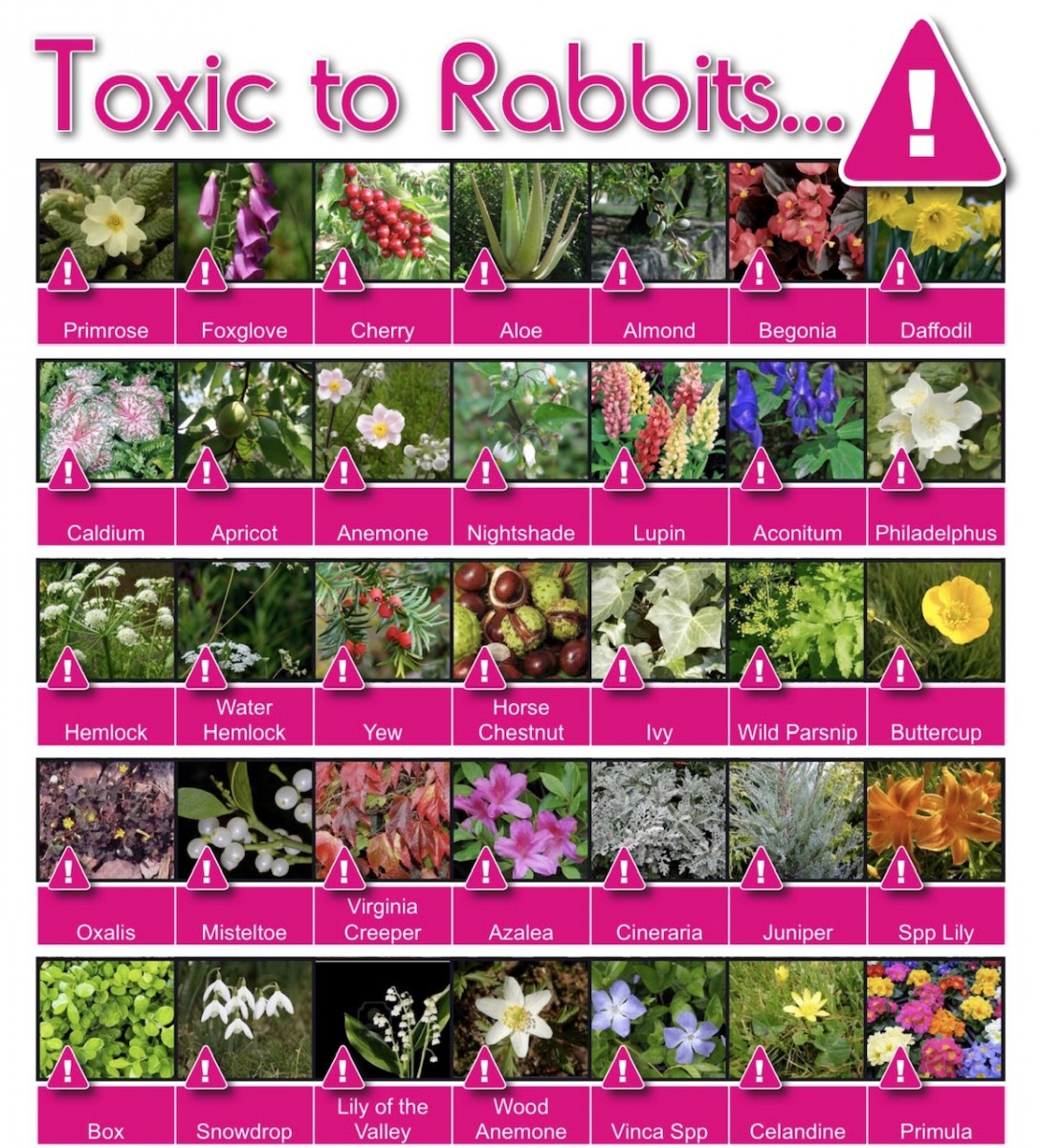 Courtesy of Action for Rabbits (not a complete list)

Special Thanks to Action for Rabbits in the UK. Posters about rabbits are available to download from their page at: 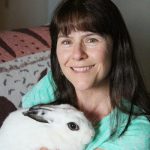 Susan Stienstra contributes to social media and media campaigns for PAHS. She has more than 20 years of experience working for several nonprofit organizations. She is also a licensed humane educator with House Rabbit Society, and in that capacity, has taught children and adults about rabbits and how to care for them. Her special passions are horses, rabbits, and wildlife. She is also an accomplished nature photographer.