The 2nd Saturday in May Is World Migratory Bird Day!

Snow Geese are vegetarians—they consume nearly all parts of plants. We SHOULD NOT feed ducks or other wild birds, including Snow Geese. Please DO NOT feed them bread!

Snow Geese breed in colonies on Canadian and Northern Alaskan tundra in the vicinity of the coast, from the high arctic to the subarctic. They choose areas near ponds, shallow lakes, coastal salt marshes, or streams (including river islands), preferring rolling terrain that loses its snow early and escapes flooding during spring thaw. Snow Geese form three separate regional populations—eastern, central, and western—distinctions that are more or less preserved as the geese migrate to their wintering grounds (from All About Birds, Cornell Lab).

Accompanied by the male, the female chooses a nest site—she may lay the first egg within an hour of selecting the site. The female incubates the eggs and nestlings, spending 21 or more hours per day on the nest, while the male stands guard to defend females and nest sites against predators and other Snow Geese.

Snow Goose numbers have grown rapidly since the mid-twentieth century, possibly because of warming conditions in their arctic breeding grounds. Populations in the eastern and western arctic have tripled since 1973.

Enjoy the photos of Snow Geese and White-fronted Geese taken by Susan Stienstra, our social media contributor and nature photographer. Special thanks to Susan! 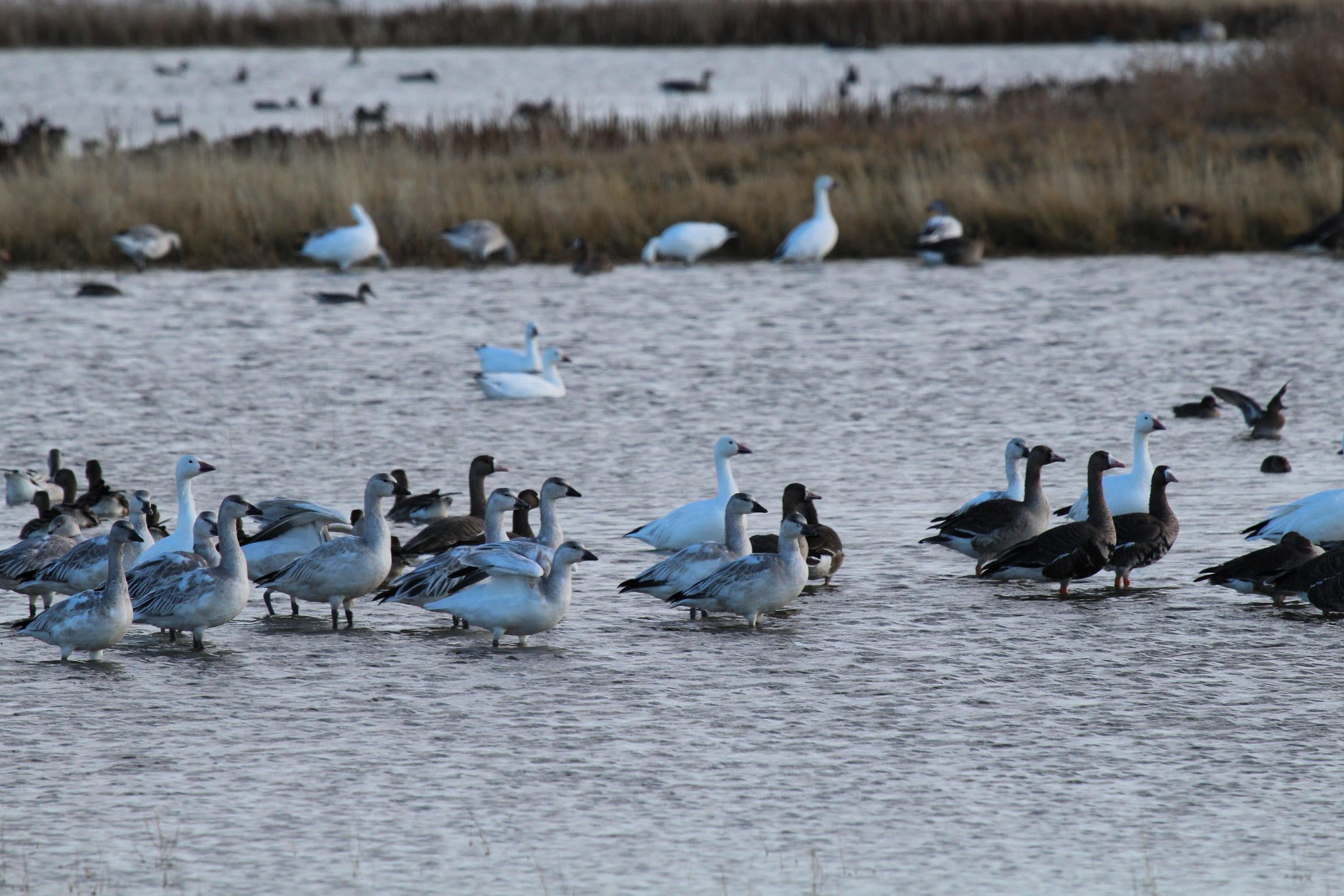 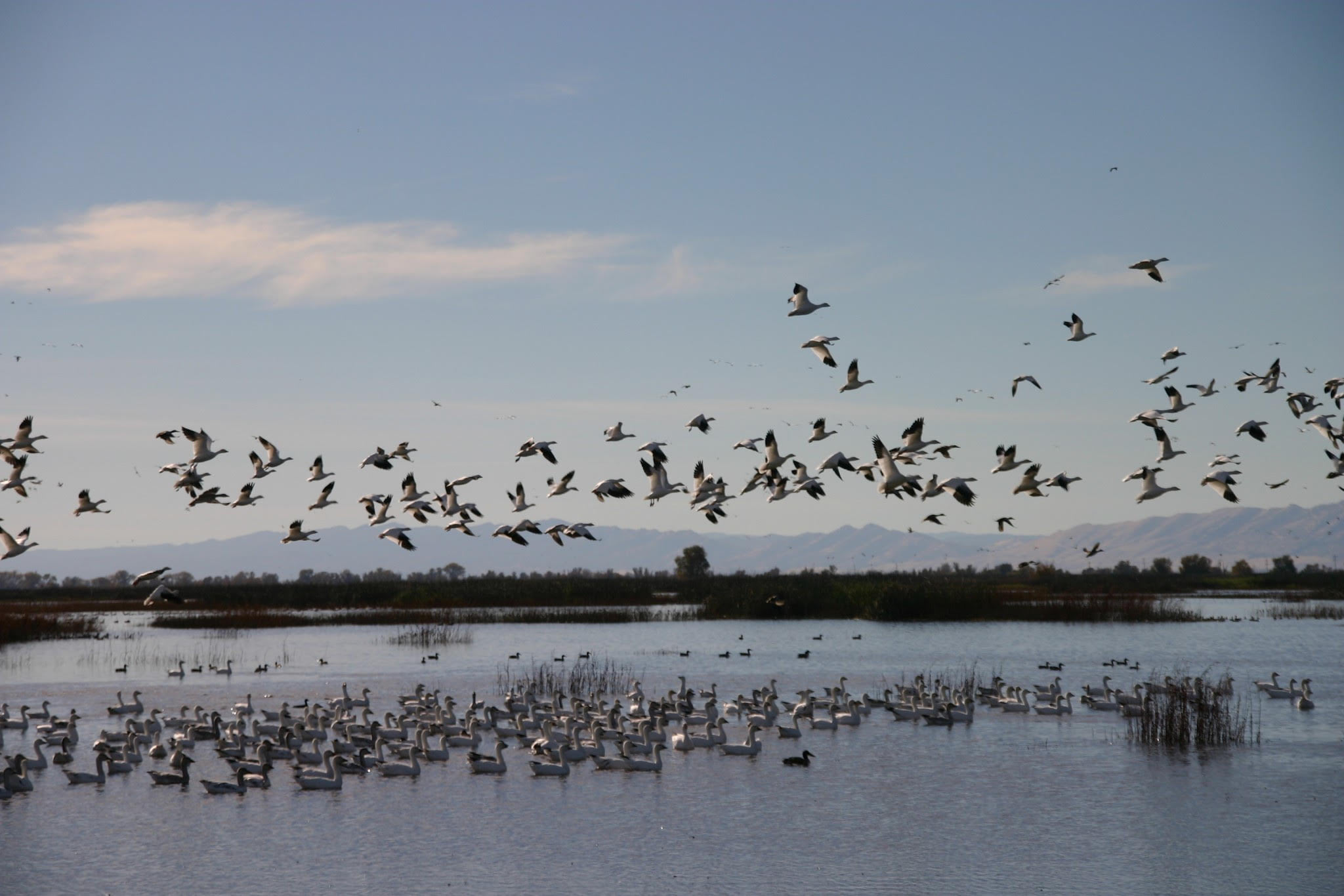 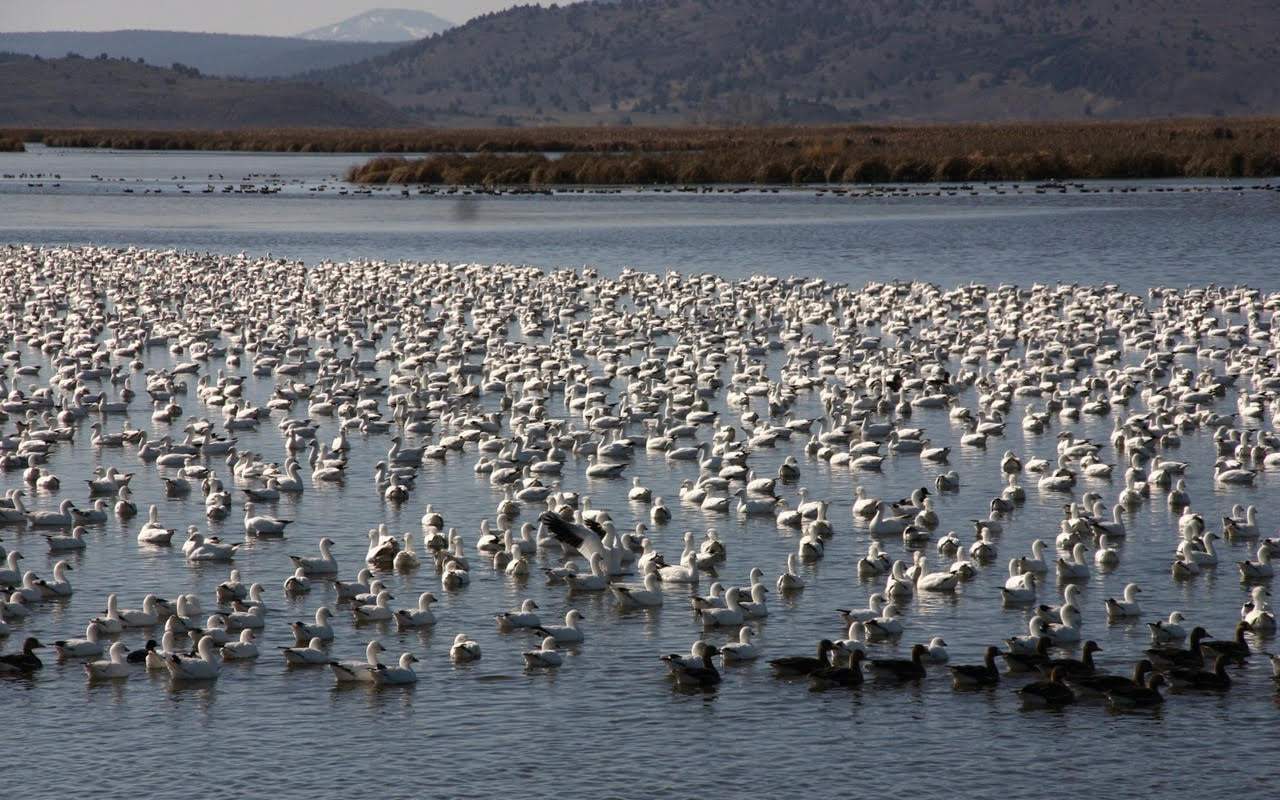