Critter of the Week: Pelican

Officer Washington responded to a call from a concerned citizen for a pelican strangely perched on telephone wire in Los Altos. The brown pelican was a few feet away from a live wire. She coaxed it to move and fly away safely.

The next day, Officer Macartney received a call for a pelican in Los Altos Hills. He found out the same brown pelican had landed in someone’s yard resting atop bags of netting. He caught the pelican to have it examined by the experts Peninsula Humane Society & SPCA Wildlife Care Center.

Both pelicans were taken to Peninsula Humane Society and have since been transferred to International Bird Rescue. 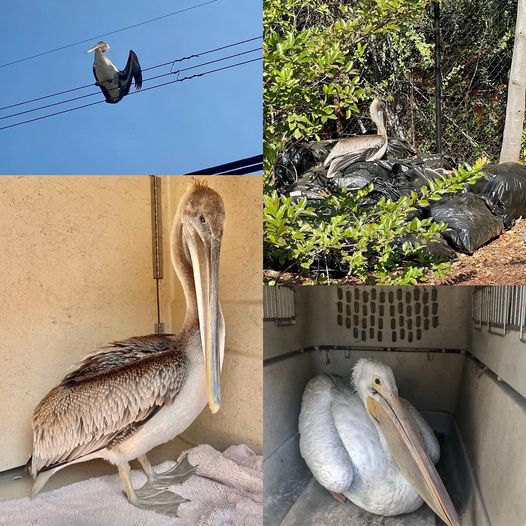 Did you know?Don't force your companion animal to exercise after a meal in hot, humid weather. Do it in the cool of the early morning or evening.