An adult fox weighs, on average, five to twenty pounds—the same size range as a domestic cat. Foxes eat small, easy prey like mice, rats, voles, moles, and rabbits. A fox will never attempt to prey on another carnivore, especially one that is larger than it. Essentially, all cases of non-rabid foxes “attacking” cats, dogs, and humans have occurred when the fox was cornered and acting in fear and self-defense.

It’s a good idea to keep your pets indoors and in secure, fenced areas for their general safety, and to discourage children from ever approaching wild animals. But a wild fox in your neighborhood is not a threat and does not need to be trapped or killed. (From Keep The Ban) 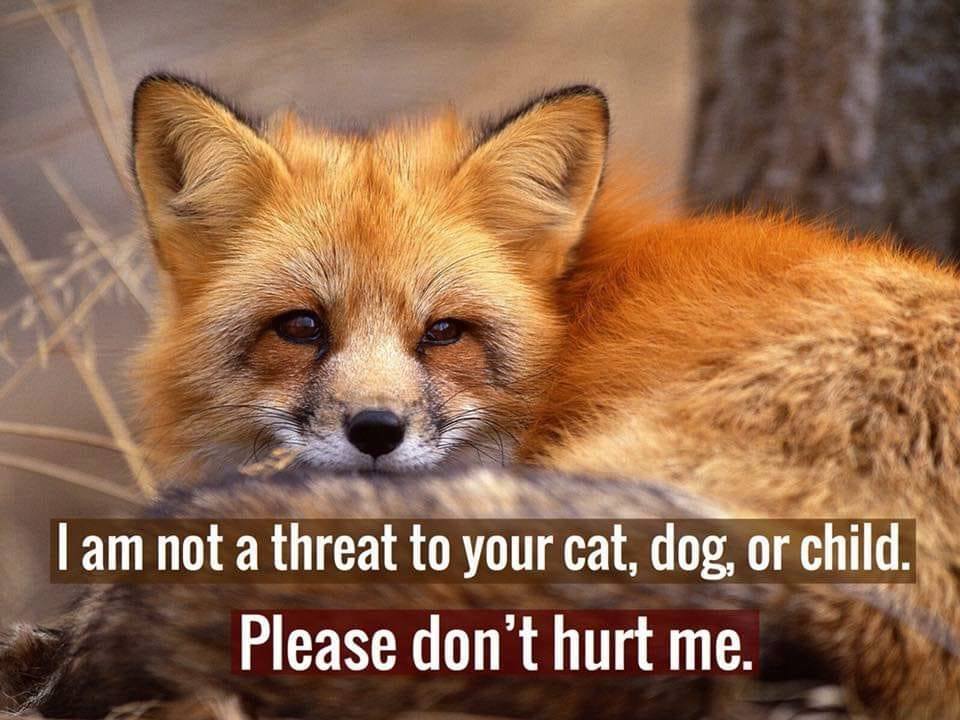 Did you know?The safest place for your companion is in the coolest part of the house with plenty of fresh water to drink.